When Madeleine Cosway was five years old, she was diagnosed with ADHD (attention deficit hyperactivity disorder). While undergoing the initial ADHD diagnosis, they found that she had a high IQ but was very easily distracted, particularly at school.

“I had a lot of difficulty with focusing on one thing at a time,” Madeleine explains, “but on the other hand, if I didn’t get something finished within a class at school, I couldn’t just go to the next class—I would need to take it to the next class and finish it. That was quite challenging.”

At 15, Madeleine was further diagnosed with OCD (obsessive-compulsive disorder). “The big thing for me in school was that if I didn’t write things down perfectly or if I made a mistake, I’d rip the whole page out and start again,” she says. “I had a very hard time trying not to do that.”

“Even though it didn’t really mean anything, I would get stressed out if I couldn’t make things perfect,” she continues.

She would later find out that these diagnoses were components of what would make up her ASD (autism spectrum disorder) diagnosis—a common problem for many, who often go undiagnosed until later in life, if at all.

Discussing her schooling years, Madeleine talks about a couple of her favourite subjects: media studies and IT.

An avid reader and movie-goer, film (horror and sci-fi in particular) and literature have always captivated Madeleine. She smashes her Goodreads targets, putting away 40-50 books a year—a legacy she has continued on from her grandmother who read almost a book a day. She even has a “Choose Life!” tattoo inspired by one of her favourite books, Trainspotting.

IT was another favourite, where she learnt HTML and CSS and took a natural affinity to the subject. She found she could find patterns in the code, which suited the way her mind worked.

Her love of film and TV led her to enrol in a degree in media and film production, but towards the end of her degree found that opportunities were tough to come by in her hometown of Adelaide, Australia.

Where to next? Thinking about her love of X Files and statistics, she found herself drawn to forensic psychology and enrolled in a Bachelor of Criminology in Melbourne. While undertaking this degree online, she began dreaming of one of her other passions—travelling. 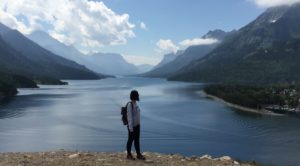 Born and raised in Adelaide to English parents, Madeleine grew up an Australian for all intents and purposes. It wasn’t until she went to take a solo trip to New Zealand at the age of 18 that she realised she had never been naturalised.

There had been a small, forgotten complication with her parents’ visa situation before she was born and because she had always travelled on her parents’ passport, the issue had never come up. So, she spent the next 6 months obtaining her Australian citizenship to add to her British citizenship!

When she later decided she wanted to do some travelling while finishing off her studies remotely, as a film buff, the United States called and she decided to make the move.

She lived briefly in West Hollywood before settling down in Austin, Texas where she took up a job at Alamo Drafthouse Cinema.

Here she would receive regular visits from film legends like Elijah Wood (“a really nice guy and a great tipper”) and Robert Rodriguez, as well as receiving deliveries from Quentin Tarantino of his film reels.

Lockdown and an ASD diagnosis

When her visa was expiring for the United States, she wasn’t quite ready to come back to Australia, so decided to head over to England. Before long, the COVID-19 pandemic hit and she was confined to lockdown in a studio apartment by herself in Manchester, UK.

While this was a challenging time, this was also where—having suspected for a long time that her ADHD and OCD diagnosis might be something more—was put in touch with a psychologist that led to her ASD diagnosis, which she says was a game-changer for her.

“Once I received my diagnosis, it was a huge relief,” she says, “instead of all these other diagnoses, it was just one thing.”

“Before, it would cause me a lot of stress because I would think, ‘why did I react this way?’, and now I can say, ‘okay, that’s because of this, that makes sense’,” she continues. “Now that I know why I do the things that I do, it’s made it a lot easier for me to look at what I do and do things slightly differently.” 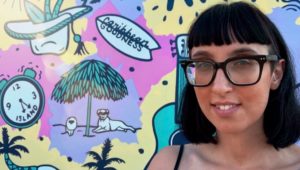 An affinity for Python

It was during this time in lockdown while studying a cybercrime component of her criminology degree that she became interested in coding, and began teaching herself Python—a programming language. When she was finally able to make it back to Australia in late 2020 after 5 months in lockdown in Manchester, the pull towards programming became stronger.

“I had a background in data science and loved statistics, data entry and putting everything in its place—the OCD side of me I guess,” she laughs.

Madeleine found out about the Coding Boot Camp run by the University of Adelaide and enrolled immediately—“one of the best decisions I’ve made in my adult life”, she says. She revelled in the new challenge.

“It’s all about fixing problems. For me, it’s a pattern… It’s this weird code that looks like gibberish but then it comes together to create something amazing,” she explains, “I like picking at that and working through that pattern. It may sound strange, but I get a real thrill out of it.”

For their final project, they were asked to create an app of their choice. She decided she wanted to link it back to something she would find useful as someone with autism. After doing a quick Google search, she quickly realised that apps for autism are primarily “designed for children, or parents of autistic kids, but nothing for adults with autism.”

“A lot of us women get diagnosed as adults, so it can be a bit tougher getting the right support with a lot of the support available based around kids,” she says.

So, for her final project, Madeleine created a mood tracker. She explains its creation process.

“I always thought this was maybe just me, but I’ve always liked very neutral earthy-toned colours. I don’t like anything really bright. But I did some research and found that it’s an autistic trait. We don’t like bright colours. So I incorporated that into my app and made it as simple as possible. So it wouldn’t stress the user out.”

“I programmed it so that every day it would pop up and say, ‘Hi [name], how are you feeling today?’, and you would click on the corresponding colour for your mood. Then you could write a description of why you feel that way. Later, you could review this and look at what you could do to avoid a particular trigger in future.”

It was at the Coding Boot Camp that Madeleine came under the stewardship of Wagner Lopes, a Development Manager at Lumary, who in his own time seeks to nurture the next generation of local developers as an instructor on the course.

Recognising her talent and passion, Wagner put Madeleine’s name forward for a Graduate Developer role at Lumary. After speaking with the team at Lumary, she knew it was the right fit for her.

“I really liked Lumary’s ethos – to create better wellbeing through their technology,” she says, “I also loved that it was within the healthcare space and that I would be able to make the lives of others easier through the work that I would be doing.

“During the interview process, everyone was so friendly and genuinely wanted to learn more about you. They made the experience so comfortable.”

With Madeleine’s passion and talent for coding, along with her desire for helping others, it was an easy decision for Wagner and the team to offer Madeleine a Graduate Developer position with Lumary. 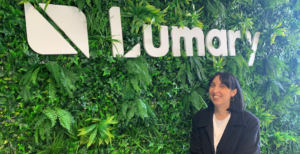 A day in the life

Having been with Lumary for just under 2 months, Madeleine has jumped into Lumary life with both feet.

As a graduate developer, Madeleine is responsible for creating and testing great code for the Lumary platform. A key part of her role is to collaborate with internal business analysts to understand customer needs and build functionality to make the lives of our customers easier.

“It was fate in a way, not only working within the disability space but specifically working with Lumary’s ABA software,” she said, “I feel like that I was meant to be here—helping out people in similar instances as me, it’s incredibly rewarding.”

Despite the short time that Madeleine has been with Lumary, she has already impressed with the introduction of new software functionality that had been in the works for a while. She’s really excited about where Lumary ABA is heading and continuing to support agencies and their clients.

Autism awareness is important for Madeleine, particularly for women with autism who so often go undiagnosed, as in Madeleine’s situation. This can have a detrimental impact on their lives in being able to receive the right support.

“There’s not enough awareness of women with autism,” Madeleine says. “Women with ASD tend to be better maskers than men when it comes to social cues, which can make it more difficult for us to receive a diagnosis.”

“I’m quite high functioning, so a lot of people don’t know I’m autistic until I speak to them for a while,” she continues. “For example, it can be a stressful experience to maintain eye contact for people like me [on the spectrum].

“I personally start to get worried about whether I’ve stared at someone, whether I’ve looked at them for the appropriate amount of time, and so on, and this anxiety starts to take me away from the conversation,” she explains, “but I’ve found that focusing on people’s eyebrows and mouths, or noses when wearing masks, can help me.”

Beyond awareness, however, she talks about the importance of acceptance of ASD. “Instead of trying to get rid of autism, we should be celebrating the acceptance of people with autism—that’s when real change will happen,” Madeleine says.

There has been a similar push from within the autism community for a shift from using “awareness” to “acceptance” which aims to foster acceptance to ignite change and inclusivity for those diagnosed with ASD.

As an example, the Autistic Self Advocacy Network (ASAN) has been framing April as Autism Acceptance Month since 2011, stating “Acceptance of autism as a natural condition in the human experience is necessary for real dialogue to occur.”

We’re incredibly fortunate to have someone as passionate and talented as Madeleine on the team here at Lumary and to be able to share part of her story to promote greater awareness and acceptance of those diagnosed with ASD.

Every day we celebrate the diversity of lived experiences that everyone in our organisation brings and the contribution they make in creating better wellbeing for our communities.

Join us in celebrating World Autism Awareness Day, Autism Acceptance Month and all those with autism who contribute so much to our communities!